Lifechangers was founded by Bob Mumford in 1973. The mandate was simple “Feed my Sheep”. Over the years this has taken Lifechangers to parts of the world where the need outstrips our capability. Fathers House Uganda was established in 2005. The goal was to receive and care for vulnerable children that needed family, affection and Kingdom values as much as they needed food, shelter, education and life-skills. We have experienced incredible success and crushing failures over the years, not unlike those recorded in scripture. What a privilege!

In May 2018, legislation was passed by Uganda’s Government to close down more than 560 children’s homes, shelters and NGO’s. Incidents of child-trafficking, abuse and inadequate care had moved the government to intervene. Rather than simply ‘placing’ children with poorly governed childcare facilities, the government embarked on a long-term initiative to involve the relatives and communities of at-risk children to a greater degree.

Lifechangers has been working with the Ugandan authorities, experienced social workers, adoptive parents, educators and our staff in-country to implement these changes. At times the journey has been overwhelming and costly beyond our abilities and resources, yet our testimony has been a resounding Amen to the Lord’s tender mercies and faithfulness at every turn.

Several of our older children are already in their final years of high-school. They are enrolled in the Lifechangers Scholarship Fund. Others are transitioning into adult life and we continue to engage with them in mentorship initiatives, personal development and higher education. The younger children (minors), previously in the care of Fathers House, have been formally adopted. They are also beneficiaries of the Lifechangers Scholarship and Development Fund.

Your generosity and donations are what makes this possible. Aside from expressing our deepest gratitude for your continued support, we offer our pledge that the entire Lifechangers team labour diligently to steward your donations in ways that are accountable, responsible, focused and above all Kingdom oriented.

In addition to our Scholarship and Development Fund, Lifechangers has organised and directed Medical Missions to some of Uganda’s remotest territories. Thousands of people have received medicine, wound-care and eye-care, delivered by international volunteers from all parts of the planet. Dr Cory Siffring and his wife Laurel, together with local staff members and supporting ministries have developed these Medical Missions to global standards of excellence.

How lovely are Thy dwelling places, O Lord of hosts! My soul longed and even yearned for the courts of the Lord; my heart and my flesh sing for joy to the living God. The bird also has found a house, and the swallow a nest for herself, where she may lay her young, even Thine altars, O Lord of hosts, my King and my God. How blessed are those who dwell in Thy house!

In January of 2008, Father’s House in Kampala, Uganda hosted its first Medical Missions outreach to people in the surrounding areas. Since then, under the leadership of Dr. Cory Siffring and Laurel his wife, they have become annual events, reaching people in some of the remotest areas of the country. The teams consist 100% of volunteers including physicians, nurses and logistical staff to handle everything from crowd-control, food, facilities, transport and the distribution of much needed medication. Each Medical Missions outreach is conducted over a 2-week period with its focus on primary healthcare, illnesses and infectious diseases.

Each Medical Mission is founded upon a prevailing theme of Family and Fellowship and no-one goes away unchanged. Team members regularly minister to and encourage one another as part of God’s extended family. Evening devotional sessions serve to establish a bond and relational connection to last a lifetime. To date, the Medical Missions have reached well over 18,000 people of all ages and treated a wide range of medical conditions.

In all things I have shown you an object lesson, that by hard work one must help the weak, remembering the words of the Lord Jesus, that He Himself said, ‘It is more blessed to give than to receive. 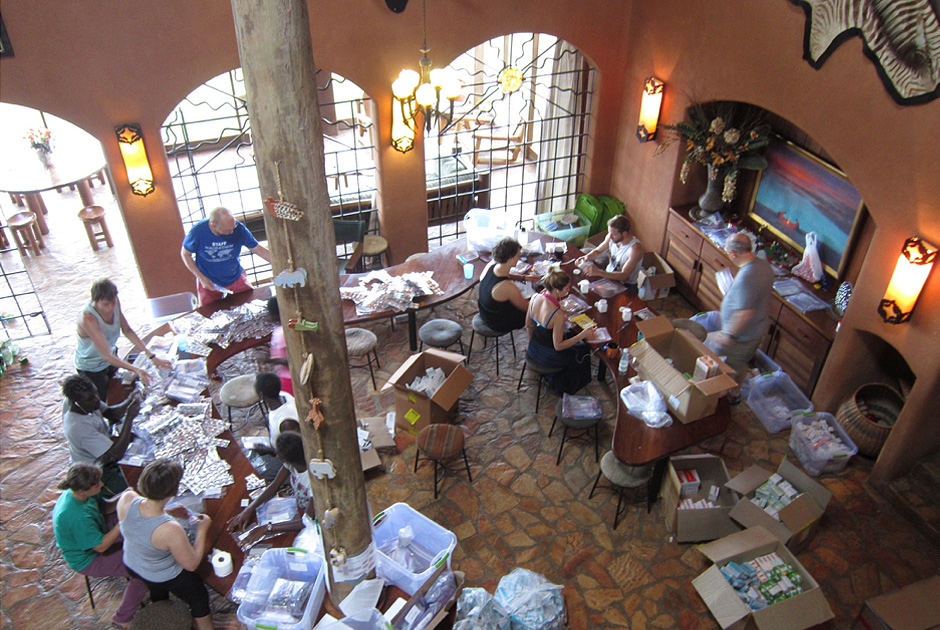 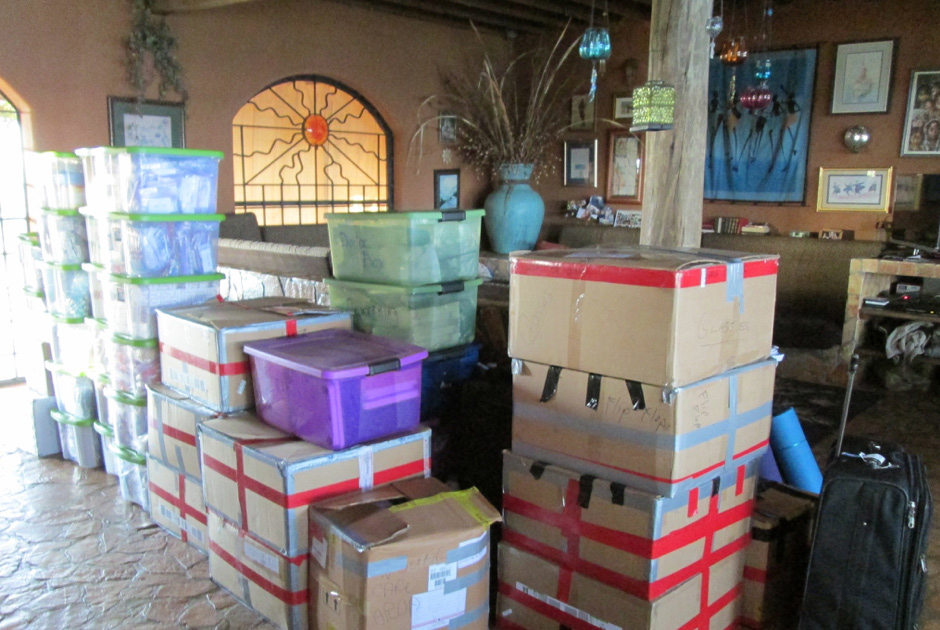 Packed and ready for action 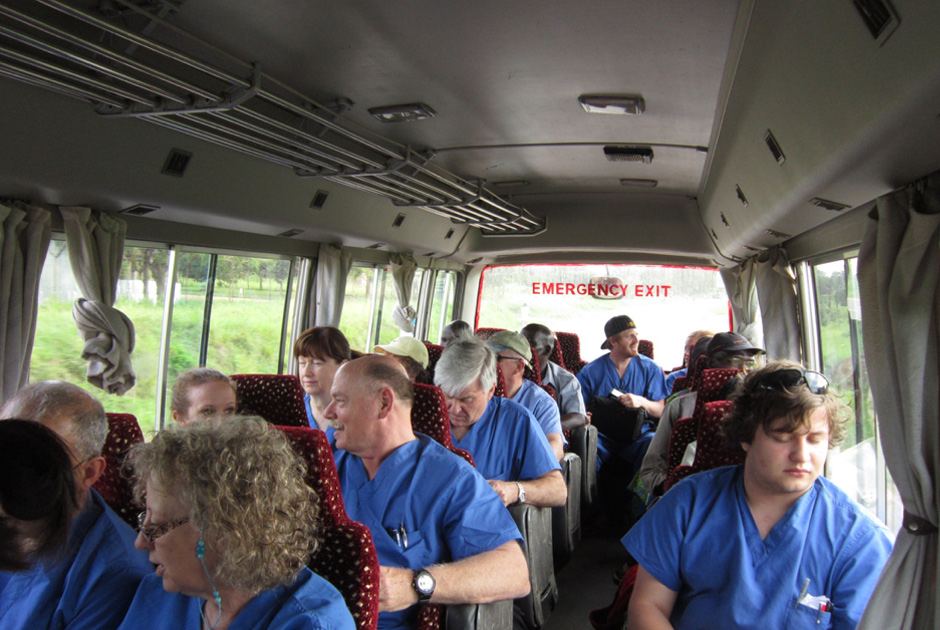 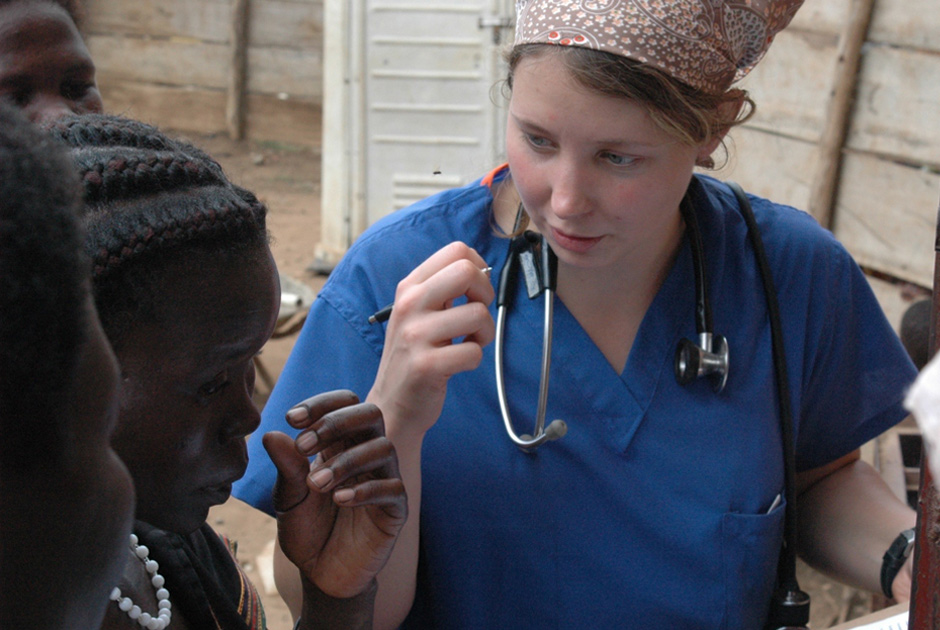 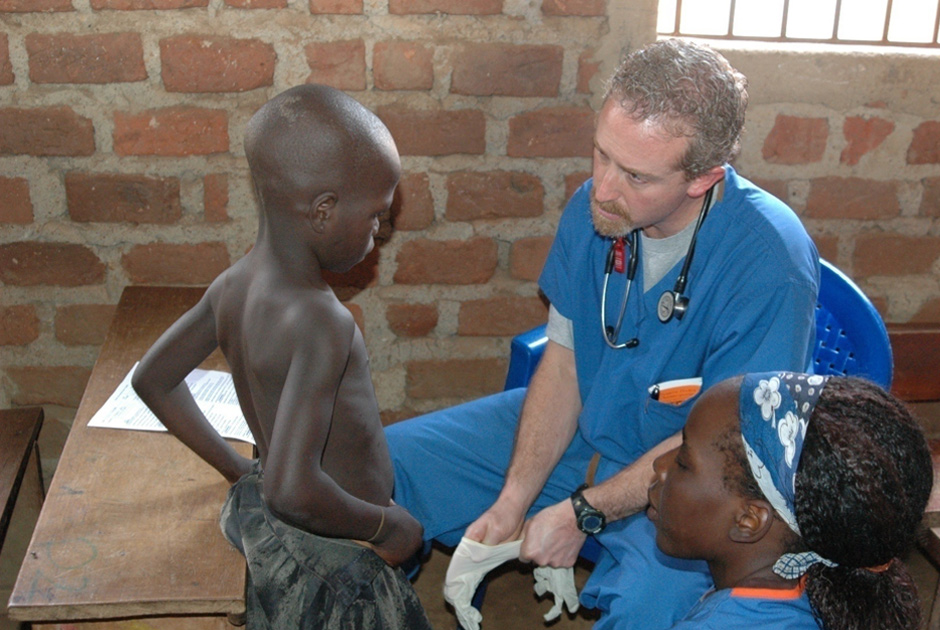 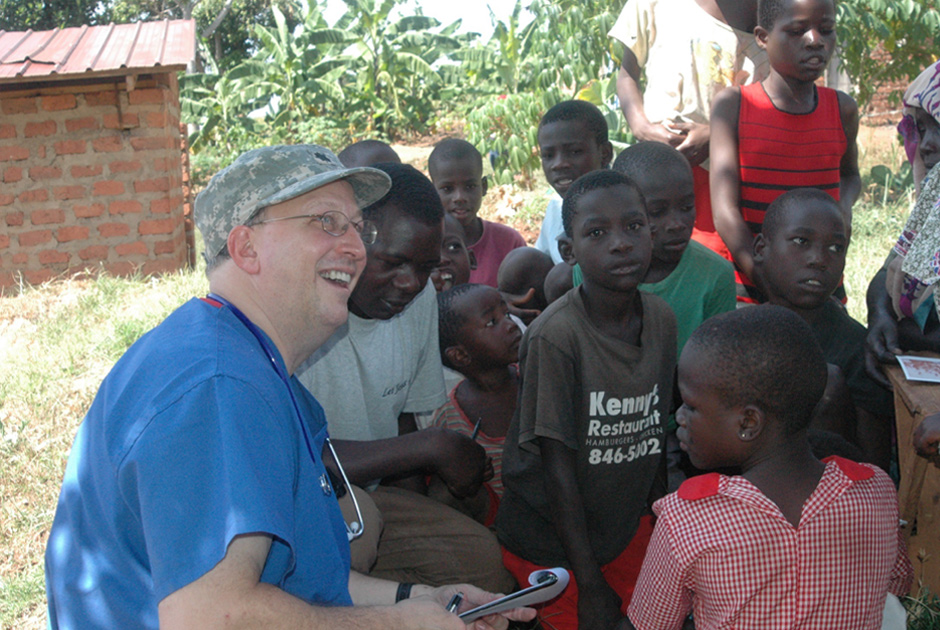 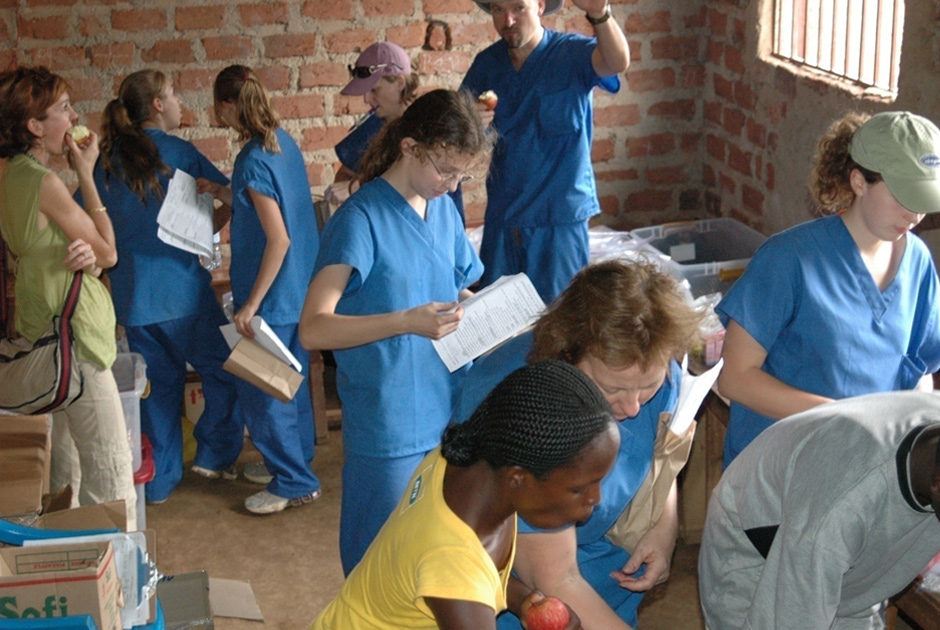 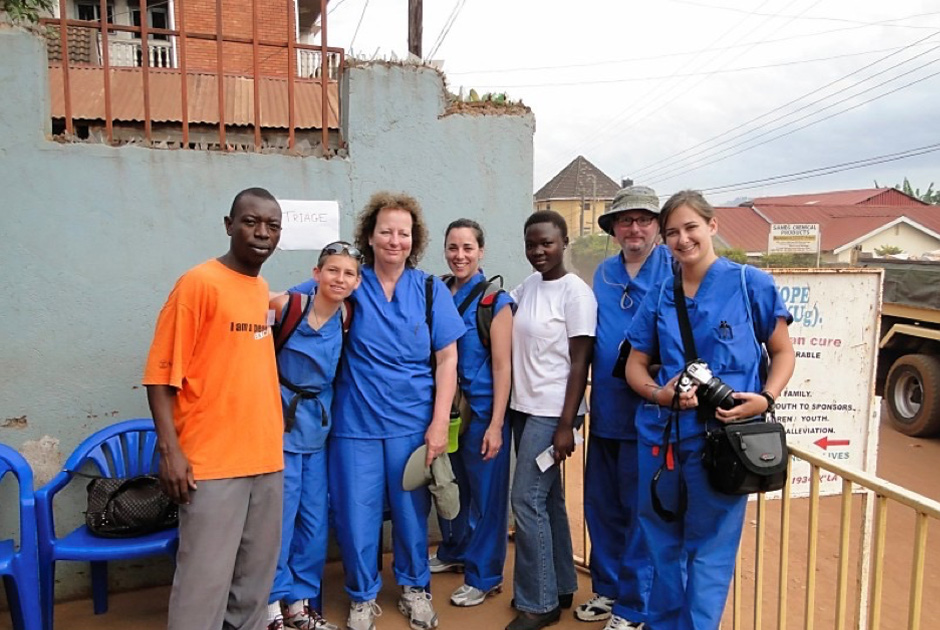 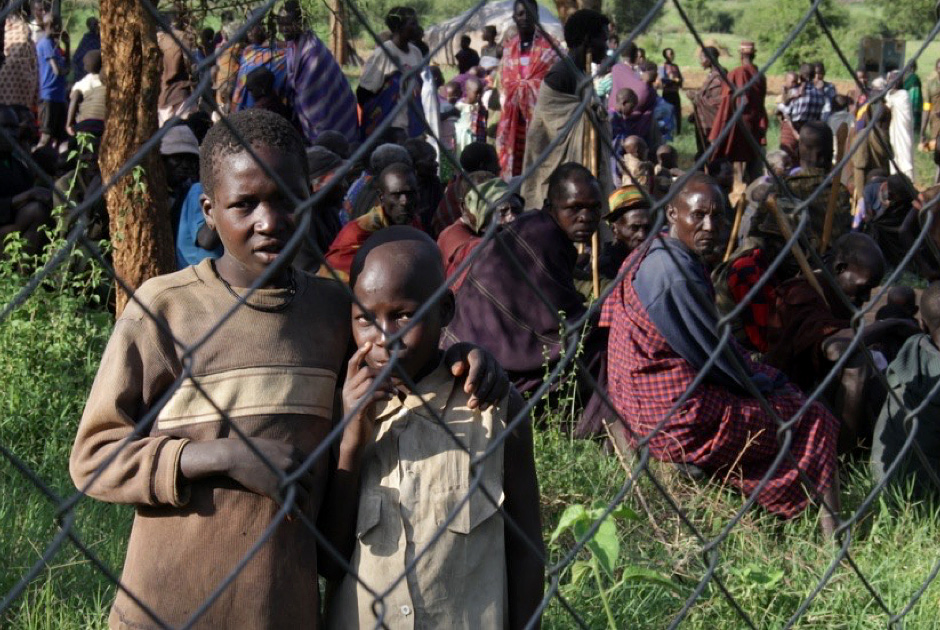 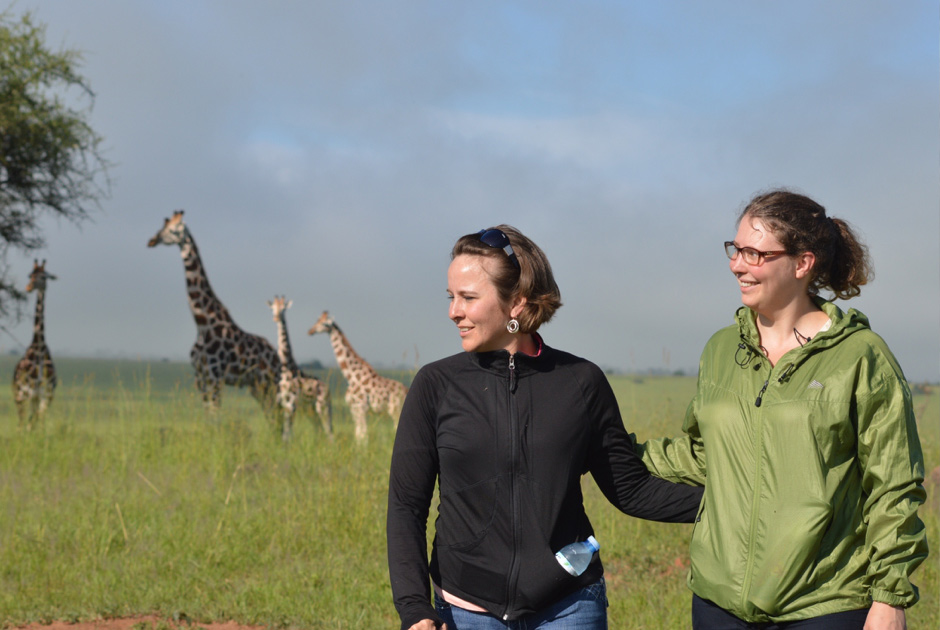 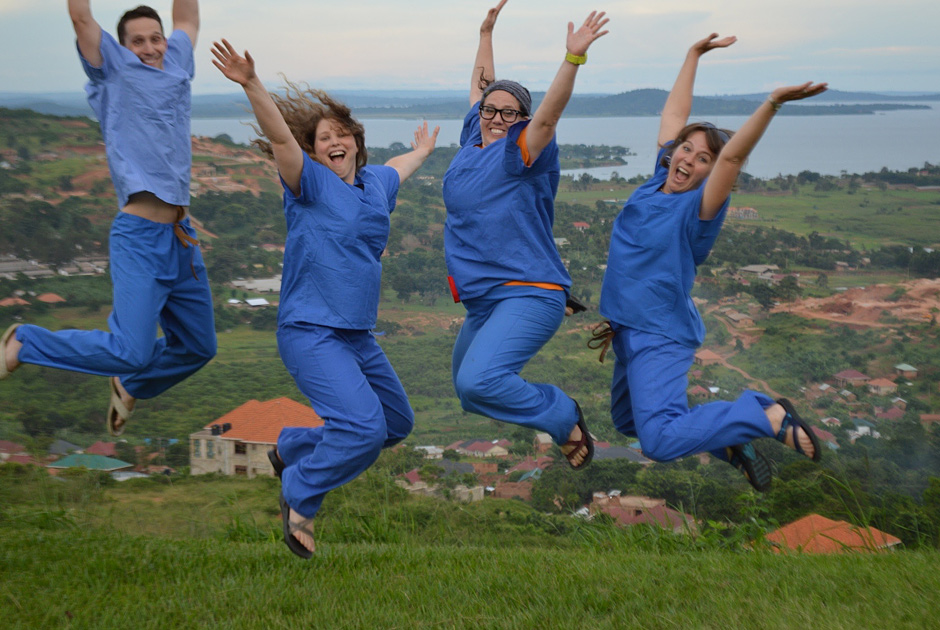 An unexpected opportunity for generosity

During our “down-time” safari in the remote Northern District of Uganda in June 2016, our team met Corrie Brits, Lodge Manager for Apoka Safari Lodge. Within a few minutes of casually chatting about our medical team visiting Karamoja, we learned the Apoka staff had recently built a one room medical clinic in a small village of Lokurul, on the border of Kidepo National Valley Park.

A full time nurse was hired and the Uganda Wildlife Authority Doctor for Kidepo Park promised to visit twice a week; however, the clinic was completely empty, with no medicines or supplies. This proved to be an incredible opportunity of generosity for our team, and Doctor Siffring, our Head Team Doctor, lost no time setting in motion to donate medicines, wound care supplies, and glasses.

Lokurul Medical Clinic will serve 800 people in an extremely remote area where no other medical services are available. The original vision to reach out to Karamoja with God’s love, to be His Hands and Feet to an untouched people, can now expand through our partnership with Corrie and the Apoka Safari Lodge, supplying medicines to their clinic and taking teams of medical personnel to serve this remote and untouched community.

More blessed to give than to receive

One couple from the U.S., both nurses, were pressed by sheer compassion to serving together as their own doctor-station; in that vulnerable extremity they found a dimension of the kingdom they never knew existed. The Presence of Father, the Restorer, and His Son, the Healer, rested over the whole chaotic, glorious scene. Periodically, the nurses went out beyond the pressing crowds to find those lying down nearby, too sick to press in; many needed help walking to the doctors. The blind could not find their way and were received first. Bertie, a nurse from New Mexico, was broken by an overwhelming sorrow at having to turn some away after the teams’ strength and medications were exhausted. Bertie said, “I could keep going all day!” Ultimately, we had to let the burden “rest on Jesus’ broad shoulders.” As the team returned to Father’s House, the Lord spoke to Eric, “These you have given to Me, and now I will give to them.” Through Eric’s prophetic gift it was as though Father wrapped Himself in a towel bathing us generously in Agape, washing our weary feet, and reinforcing His purpose for each family as they sat in His presence.

Healing of a different kind

A woman came who suffered horrible nightmares, screaming each night with a gripping pain. She had been abducted by the rebels and forced to be a wife to a rebel soldier. The man died in battle, and she and her children managed to escape. The doctor could not find anything physically wrong with her and called “the blue-scrubs” together to pray for deliverance. The “blue-scrubs” also prayed for a girl with a withered arm and saw God miraculously stretch it out and restore her. All were in tears as the Spirit bore witness to countless testimonies of the way He cherished the people and His delight over being able to touch them through the hands of His kids.

Eyes to see and shows to walk

A lady who received eyeglasses said during one Medical Mission testified, “I haven’t been able to read my Bible in 20 years!” Then, a doctor, who had served in Uganda during the previous year’s Medical Mission, conducted a flip-flop donation drive called “Soles for Uganda”. This was done in his town, Salem, Ohio. More than 1500 people, many without shoes, now received a pair of new flip-flops with great joy. People went out with shoes and a bag of medicine, feeling loved and smiling ear to ear. Some could not stop saying “thank you” through all the care-stations. Truly, the crowning joy was “producing many thanksgivings to God” among the people (2Cor 9:11). Though exhausted, the team gathered each night to offer Father an “evening sacrifice” of thanksgiving for all He had done.

An Afghan doctor joined Dr. Siffring on a Medical Missions trip to Uganda. He treated twice as many people with twice the endurance of his American colleagues due to his experience in refugee situations in his own war-torn nation. He is not a believer, but stayed up two nights in a row reading Eric’s books on “Emigrating to the Kingdom” and “Sonship Keeps Lifting Me”. One book includes a story of Misha’s the biological father to one of Eric and Suzanne’s boys. He is a Soviet soldier who fought in Afghanistan and returned to Ukraine a twisted, abusive man. This account deeply impacted the Afghani doctor and drew him to Misha forming a special connection.

When helping one makes all the difference

Dr. Cory Siffring, his wife Laurel their seven children and daughter in-law travelled from Kingsport, TN to spearhead the Medical Mission. A man in acute agony, with an enormous cist on his side came for help, but because the area lacked adequate medical facilities, he was given money to undergo the operation elsewhere. Getting on a bus to a suitable hospital, his eyes filled with tears of gratitude. Another refugee boy had received sub-standard medical treatment weeks before; gauze stuck in an infected wound had plugged a hole in a major artery. When Eric and Suzanne’s daughter Vicka pulled it out, blood shot everywhere and a doctor ran to clamp it. Had someone pulled that out in the refugee camp he would have bled to death. Another boy’s finger got cut off while the team was in a vast refugee camp. It ultimately moved Dr. Siffring to exclaim “If we came just for this one boy, it would have been worth it.”

The needs of the people

January 1 – 13, 2009. Early days. Eric and Suzanne host a medical team, largely made up of families with children. A joyous 45-member crew, including the Father’s House family, travels North to Kitgum, an oppressed district bordering Sudan with little medical care and from which the majority of their Father’s House children were received into permanent care. Pulling a trailer loaded with over $150,000 worth of medical supplies. People from refugee camps and outlying villages heard on the radio about doctors coming with free medical care and flooded in. The pressing crowds reminded every team member of Jesus; that even when exhausted He received and touched the multitudes “feeling compassion for them” (Mt 14:13-14). An elderly woman, herself ill, stood in line for 3 days with her sick grandchildren. A leper, whose nose, ears, fingers and toes had rotted away, brought his sick daughter and stood in line for hours. The man did not ask to be treated himself, but begged that his little daughter might receive care. The team treated over 1500 people in seven days.